Reducing the risk of SIDS

Reducing the risk of SIDS

Sudden Infant Death Syndrome (SIDS) is the leading cause of death in babies under the age of 1. To help reduce the risk of SIDS, the American Academy of Pediatrics now recommends babies sleep in the same room as their parents for at least the first 6-months of life—but not in their parents’ bed.

Andrea Cline of Eugene is following that advice with her 1-month-old son, Noah. She first began worrying about SIDS when her oldest child, Hannah, was born.

“I would get up in the middle of the night, and I was so worried about her that I would touch her chest and make sure it was rising and falling,” Andrea says.

“The absolute safest position and place for a baby to be when they’re sleeping, every nap and every sleep, is on their back in their own sleep space—their own crib or bassinet,” Bonnie explains.

Never place a baby on a sofa, couch or cushioned chair. Not even if you are holding them and there’s a chance you might fall asleep.

“It’s pretty easy when you’re in that comfy recliner to fall asleep with the baby on your chest,” Dr. Pilar Bradshaw says. “The baby can slide down between you and the fluffy recliner arm. A couch and recliner are two of the most dangerous places that any parent sleeps with their baby.”

Despite all the baby products that are marketed for cribs, none of them are necessary—and may actually be dangerous.

“In the baby’s sleep space, there should only be the baby with a tight fitted sheet to the mattress,” Bonnie says. “No extra crib bumpers, mesh or otherwise, mobiles, stuffed animals or blankets. Definitely no toys because they can pose a suffocation or strangulation risk.”

Parents may hesitate to wake a baby who’s fallen asleep in their car seat, but allowing your baby to sleep in that position for an extended period of time is unsafe.

“There have actually been studies done where they’ve put an oxygen monitor on the foot of the baby and after about two hours in a car seat, almost every baby’s oxygen level drops to something that we would consider to be hospitalizable,” Dr. Bradshaw says.

When traveling, be sure to make frequent stops and remove your baby from the car seat once every hour, if possible.

“Regardless of season, you should dress your baby like you’d dress yourself plus one thin layer,” Bonnie says. “And it’s always safer for a baby to be on the slightly cooler end than too warm. Over-heating can be dangerous.”

While on the back is best for a baby to sleep, don’t neglect tummy time during the day. Babies need to spend time on their stomachs when awake and supervised to help develop shoulder muscles and head control, and to avoid the development of flat spots on the back of their heads. 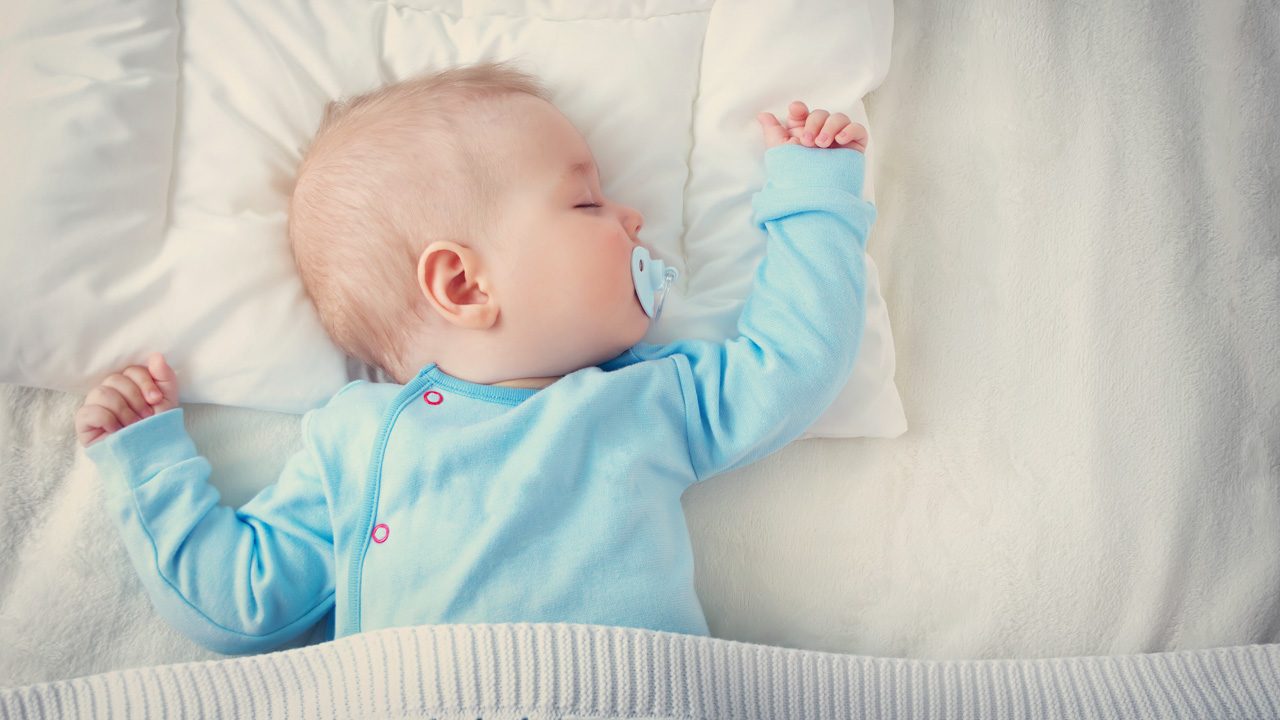 Sleep is as important for children as it is for their parents. Children need adequate sleep for brain development, memory, learning and physical wellness. Parents also need sleep to be at their best.
Read More >>

Go to any bookstore and you’ll find lots of books on infant care, including many dedicated to infant sleep problems. What does this tell you? 1) Infant sleep problems are common. 2) There is no simple solution that works for every baby.
Read More >>