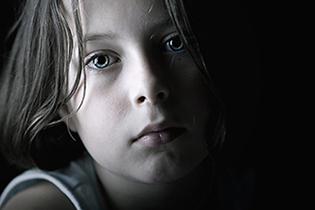 The cost of abuse to a child lasts a lifetime, for individuals and our country as a whole.

In a study of 17,000 adults, those abused as children were more likely to become suicidal and have heart disease, cancer, chronic lung disease and liver disease; twice as likely to be smokers, severely obese and to become alcoholics; and three times as likely to develop a drug addiction.

Of children abused, 22 percent have learning disorders requiring special education, and 27 percent become delinquents, compared with 17 percent of children in the general population.

A study conducted in 2009 showed an increased risk of sexually transmitted infections in childhood abuse or neglect survivors tracked over time. In the same year, another study found, beyond the mental health impacts, childhood maltreatment reduces immune function, an effect that can linger long after the maltreatment has ended.

The cost to our country is approximately $124 billion annually, according to a recent report by the Centers for Disease Control and Prevention. And the estimated average lifetime cost per victim of nonfatal child maltreatment is approximately $210,000, in 2010 dollars.

Prevention of child abuse and neglect requires public education and a commitment from communities to provide emotional, social and financial support systems for families.

Research shows that investing in child abuse prevention programs yields a 19 to 1 savings over the long-term costs to society of child abuse. These programs include parent education classes, safety programs designed to make children less vulnerable targets for abuse and home visitation.

If your child is a victim of child abuse, or you need help as a parent, reach out to the Relief Nursery, a local non-profit committed to strengthening families and keeping our children safe.

As a pediatric infectious disease expert, Dr. Loranée Braun has closely followed the development of the COVID-19 vaccines and the ongoing clinical trials.
Read More >>

When should my child see the dentist?

Childhood tooth decay is the most common chronic childhood disease—more common than asthma, diabetes and obesity. “About 30-40% of children, by the time they reach kindergarten, have cavities,” says Dr. Jordan Lentfer, pediatric dentist at Oregon Kids Pediatric Dentistry.
Read More >>