What is happening in our community?

What is happening in our community?

When I was growing up in Eugene, violent crimes were nearly unheard of, but recently it seems like murders and other horrific offenses are becoming commonplace on the front page of our local newspaper.

We’ve seen multiple young children who’ve been badly abused. A number of our teenage patients have attempted suicide these past few months. We’ve experienced a flood of kids suffering with anxiety or depression who come into our office accompanied by parents in crisis.

Something has shifted in our community, and I’m worried. I’m sharing my thoughts with you in the hopes of starting a dialogue that will lead to solutions. Why is there so much pain and suffering in our community? And what can we all do collectively to reclaim a peaceful, healthier city?

As a pediatrician, watching kids and families over the last 20 years, I’ve made a few observations:

•    Kids and adults spend too much time absorbed in technology. The average teen spends more than 8 hours a day in front of a screen, but less than 10 minutes talking to their parents. Many studies have shown that the brains of young children do not develop correctly when they live in cyberspace. According to research, the number of hours a day a teenager spends engaged with technology is directly proportionate to symptoms of reported anxiety and sadness. Screens are replacing our time together and parents and children are drifting apart.

•    The pace of life is too fast. It used to be that you called someone, left a message and received a call back the next day. You had breaks in your day that allowed you time to think, to reflect, to give thanks and to plan. We are now constantly deluged with emails, texts, Facebook, Snapchat, Instagram, tweets, and many other forms of input and interruptions. And we’ve come to believe that our responses are supposed to be immediate. I am not convinced the human brain was designed to tolerate this much information, this fast.

•    Violence and rudeness have become a normal part of society. So much available information is too graphic, intense, and negative for kids—and often for adults—to stay in a positive frame of mind. Back in my day, we were introduced to Space invaders, one of the earliest and graphically simple video games where the goal was to defeat waves of aliens with a laser cannon. Compare that to Call of Duty, today’s wildly popular series of first-person shooter games that has been criticized for glamorizing violence. Look at the content of TV shows like SpongeBob SquarePants and Modern Family, as well as movies, books and other forms of social media. Unkindness, disrespect and sarcasm have replaced good manners.

•    Our society is increasingly self-oriented and negative. Instant gratification and material wants have replaced the thread of volunteerism and community service of my grandfather’s generation. Complaining and whining about trivial matters has, in many ways, suffocated our ability to recognize our blessings and to be thankful for them.

•    Faith, a sense of a higher purpose, and appreciation for the value of life has waned. I’m not just talking about religious faith—which certainly offers a framework for making good choices to many believers—I am talking about kids and families who appear to be without a guiding moral compass.

In an upcoming blog, I will share my own opinions about ways we can work to change these worrisome trends. But for now, I invite you to share your own thoughts about what’s troubling our society these days. My hope is that we can start a conversation that can potentially lead to positive change in our community. God bless us as we seek to heal our community – somehow. 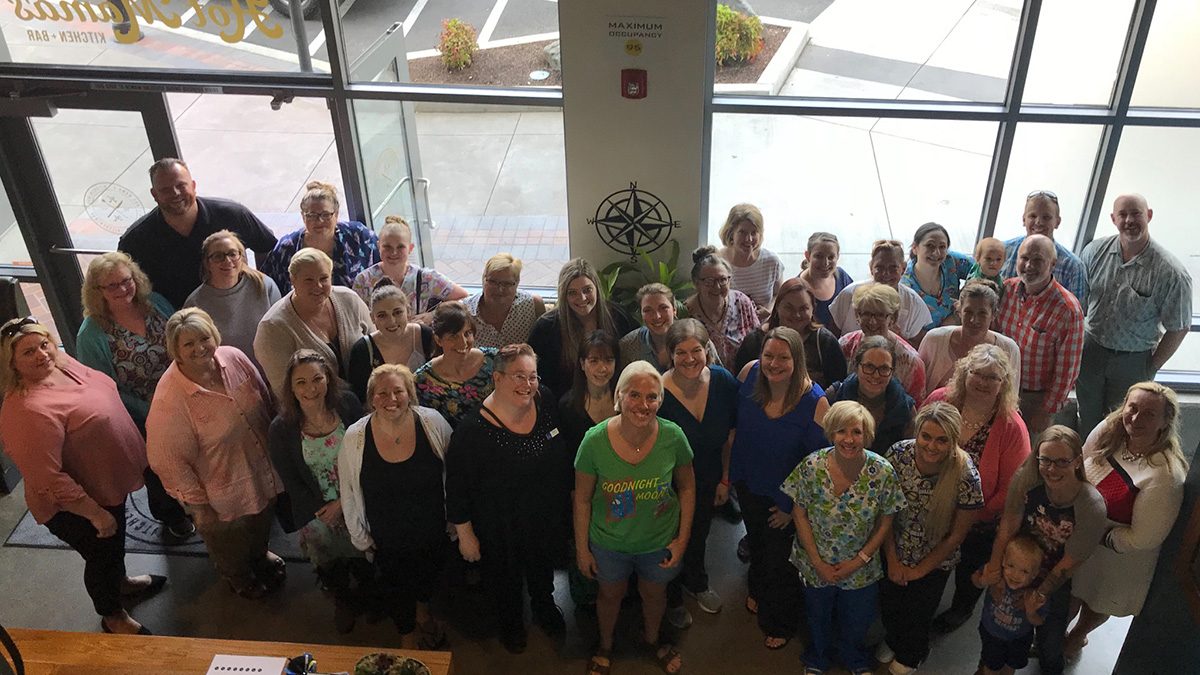 The future is bright at Eugene Pediatrics and Thrive Behavioral Health. We have a fantastic team of loving, skilled people who are experts in taking care of kids, and it is a joy and a privilege to care for families every day.
Read More >>

Oregon is now among a growing number of states that require face masks to be worn when inside public spaces. Providers at Eugene Pediatric Associates believe that requiring Oregonians to wear face masks is an important step in protecting kids and adults.
Read More >>