Measles is a highly contagious and potentially life-threatening virus for which there is no known cure. Measles can linger in the air after an infected person coughs or sneezes for up to two hours and it lives on surfaces, as well. Early symptoms are high fever, runny nose and cough, followed 2-5 days later by a red, flat, spotty rash starting at the hair line and spreading downward over the entire body. About 6 percent of all cases of measles become complicated, usually by pneumonia or brain infection. The neurological complications of measles can result in seizures, confusion, coma or death. Almost everyone who has not had the MMR shot will get measles if they are exposed to the measles virus.

Is there currently an outbreak of measles?

An outbreak of measles, defined as 3 or more linked cases, is currently happening in Southwest Washington, where a state of emergency has been declared as the virus continues to spread. Portland, Oregon, also is reporting increasing cases. So far, 31 confirmed cases are known and several more are pending confirmation. The vast majority involve unvaccinated individuals.

Lane County is NOT currently in a measles epidemic, although Lane County Public Health officials are on high alert and have asked medical facilities to be ready for the high potential of seeing cases in our area.

Who is at highest risk of measles?

People who are immunocompromised, pregnant women, elderly, infants and anyone who is not immunized are all at high risk of infection if exposed to measles.

How can measles be prevented?

Measles is best prevented by getting the MMR vaccine (measles-mumps-rubella). There is no vaccine available that only protects against measles. The first dose of the MMR vaccine, usually given at age 1, gives 93 percent protection against measles. The second dose, usually given between ages 4-6, gives 97 percent protection. In an outbreak, babies 6 months and older can be given the vaccine.

In an outbreak, limiting exposure of the population to infected individuals can help limit the spread. Unfortunately, infected people can spread measles five days before the rash appears and for several days after the rash goes away.

Is there a link between the MMR shot and autism?

No. Scientists in the United States and other countries have carefully studied the MMR shot. None has found a link between autism and the MMR vaccine.

How do I know if I am protected from the measles?

You are considered safe from the measles if you have written documentation of measles immunization, or if your doctor has drawn blood antibody levels that show you are immune. Measles vaccination became standard practice in 1971. The state in which you grew up likely has a computer record of immunizations given to you. If your family does not possess written records, the doctor’s office that administered the shots when you were a child may have documentation. IF, and only if, you cannot find written evidence that you were vaccinated against measles, you should get another MMR vaccine.

What should I do if I suspect my child has measles?

DO NOT go to an urgent care, hospital or pediatric office, as you may expose many others to measles, including unimmunized babies. Please call your medical provider for advice first. If your child needs medical attention and may have measles, we will help find a safe way for your child to enter a building for medical care.

If my child or I have had the measles, can we get it again?

If you’ve already had measles, your body has built up its immune system to fight the infection, and you cannot get measles again. However, if you are not positive that what you had was a confirmed case of measles, your doctor can draw blood antibody levels that confirm you are immune to the infection.

How is Eugene Pediatrics getting ready for a potential measles outbreak?

We have ordered extra MMR vaccine, in case babies need a dose earlier than the usual 1 year dose. We are in daily communication with the Lane County Public Health Department, so that in the event of an outbreak, we are aware and ready to follow the recommendations of our local public health authorities. Additionally, we have educated our triage nurses and medical providers to be ready for your measles questions. Finally, all providers at Eugene Pediatrics are vaccinated, so that we can be safe and ready to help your child if an outbreak occurs. 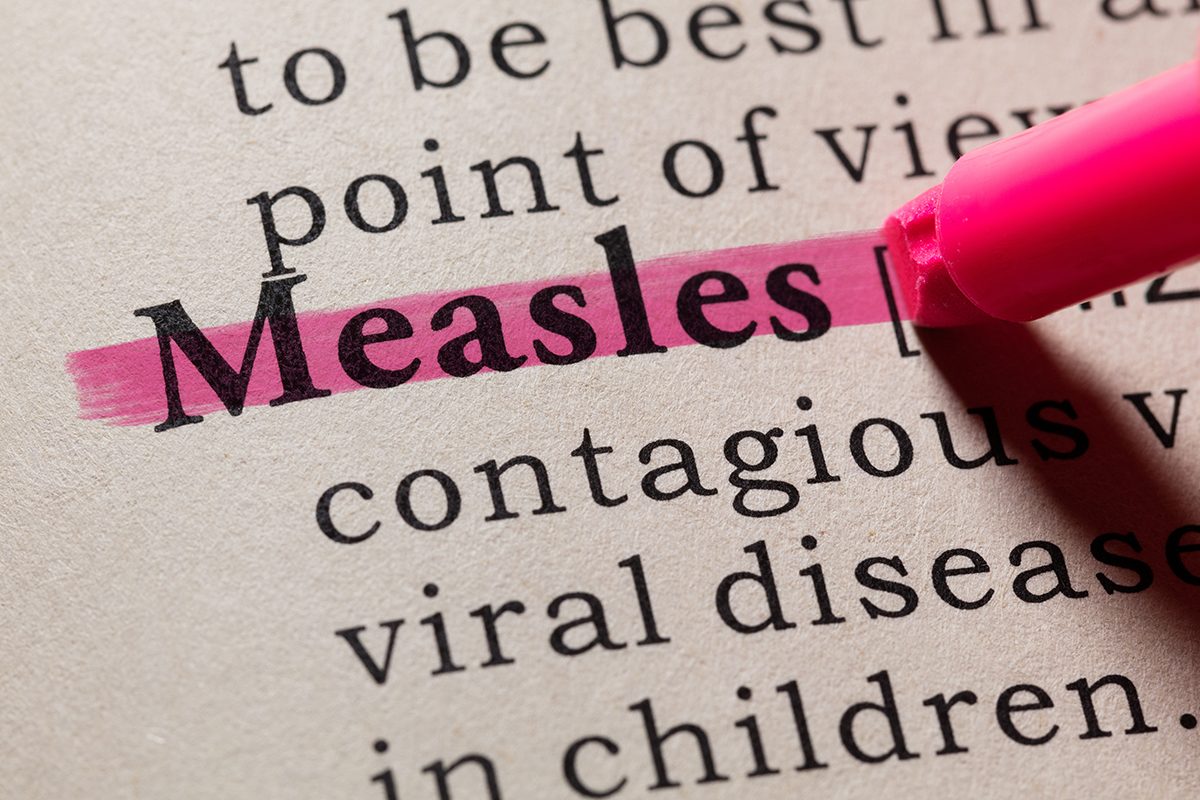 What you need to know about measles – Part 2

As the number of confirmed cases of measles continues to increase in Portland and southwest Washington, we’re answering your questions about the disease.
Read More >>

Protecting your family against measles

Measles can be a dangerous illness. There’s no treatment for it, so taking steps to prevent it is key. Dr. Pilar Bradshaw with Eugene Pediatric Associates offers tips on protecting your kids.
Read More >>