A recent study by Common Sense Media shows children between the ages of 8 and 18 spend an average of 4.5 – 6 hours a day in front of screens, including phones, tablets and laptops. All that screen time can impact everything from kids’ health to how prepared they are for school. The key for parents is to help kids find a balance between real life and digital life.

Setting screen time limits
As a mom of two boys, ages 10 and 11, Bobbie Willis pays close attention to how much time they spend with their devices. Her sons know that screen time is a privilege, earned after chores and homework are finished. Occasionally, she’s noticed a change in their behavior after their digital downtime.

“When they’ve been on their devices for a little while and they turn them off, they’re pretty grouchy,” Bobbie says. “And I don’t know what it is, maybe they just don’t like the transition out of the enchantment of being plugged in.”

Because prolonged use of being digitally connected has been shown to effect kids health, Dr. Pilar Bradshaw says it’s important for parents to help kids manage their media use.

“For example, there are studies to show that the number of hours that kids spend on social media directly correlates with their feelings of anxiety, poor self-esteem and depression,” says Dr. Bradshaw. “Screen time is not an easy thing for kids and parents to work out, but it’s important to talk about.”

Create a plan
The American Academy of Pediatrics recommends that parents create a media use plan, including curfews for all devices.

“I think it makes great sense for everybody to dock their phone when they come in the door and not use it during meal times, for sure. Don’t allow your child to have their phone in their bedrooms, because kids staying up late texting and bothering each other is terrible for their sleep,” Dr. Bradshaw says.

Bobbie and her husband have set limits for their sons when it comes to screen use, but she knows the issue will become more of a challenge as they get older and once she feels they are ready and responsible enough to have cell phones.

“Kids have tremendous access to information,” says Dr. Bradshaw. “We need to teach them to use it wisely and not use it 24/7.”

One universal recommendation for all ages is that no child or teenager should be in front of a screen an hour before bed and digital media should never replace healthy activities, particularly sleep, social interaction and physical activity. 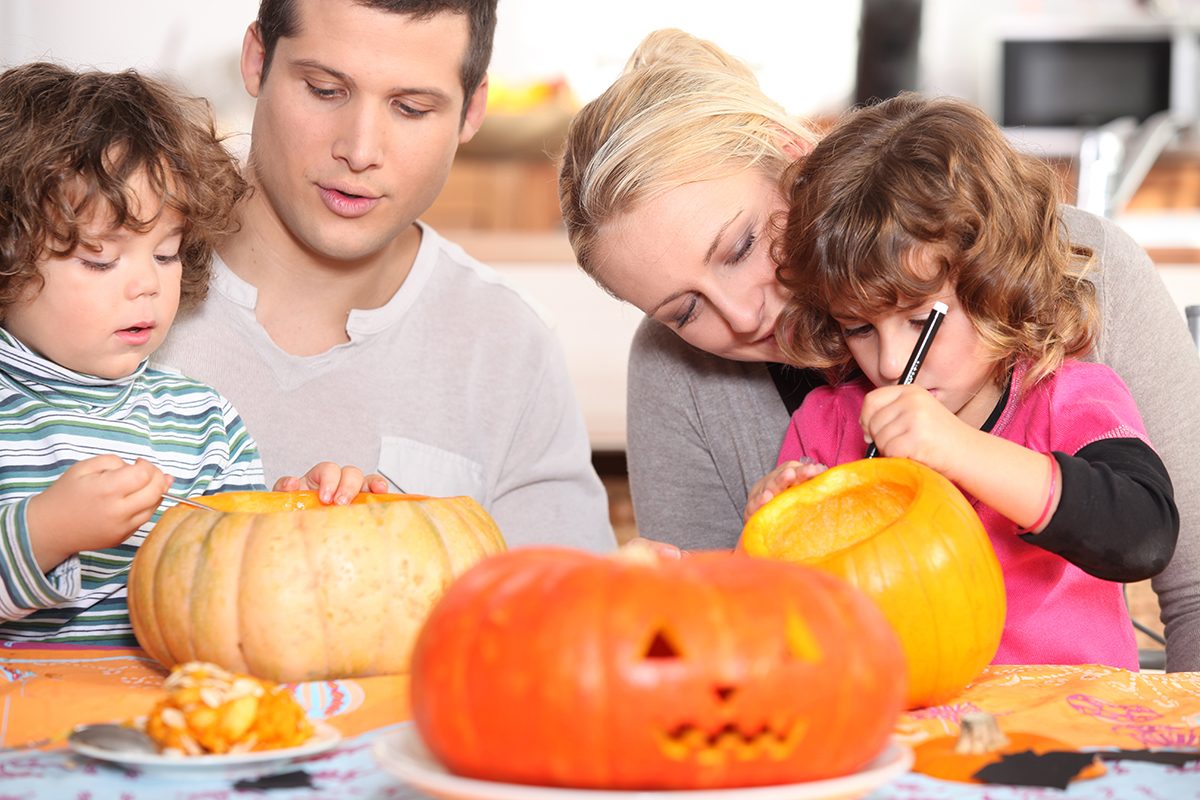 My love of holidays started during my childhood because my parents made them special. Halloween was my dad’s shining moment. He would sit each year crouched in the bushes by our front porch wearing a sheet with eyeholes and his professorial, wire-rimmed glasses, ready to jump out and scare little trick-or-treaters.
Read More >>