Ear infections are a common ailment in children; about 75 percent of kids will experience at least one by age 3. Some ear infections require treatment, others clear up on their own.

“Ear infections are one of the most common reasons that children come to their doctor’s office,” says Dr. Pilar Bradshaw.

“In general, we consider antibiotics as a treatment for babies who are under 6 months old, children who are in a great deal of pain and kids with a high fever. When there is high fever with an ear infection, we think it’s more likely to be bacterial in nature and needs to be treated,” Dr. Bradshaw says.

Easing the symptoms of an ear infection
To help relieve your child’s discomfort:

Dr. Bradshaw also advises parents to never put anything in your child’s ear to ease their symptoms, including ear drops, unless specified by a doctor.

“If there’s a rupture in the eardrum, you could make things worse,” she says. “Your doctor has the correct training and tools to look into your child’s ears, assess the situation and advise the best treatment.”

Your child should start feeling better within a few days after visiting the doctor. Be sure to make another visit if an ear infection gets worse, lasts more than three days or if your child’s symptoms change.

How are chronic ear infections treated?
If your child gets recurrent infections, your pediatrician may recommend inserting ear tubes. Ear tube placement surgery is the most common elective surgery in children in the United States. Ear tubes are tiny cylinders placed through the eardrum that allow fluid to drain from the middle ear and promote air flow.

If your child is experiencing many ear infections, your pediatrician may refer you to a pediatric ear, nose and throat specialist to discuss ear tubes.

What is swimmer’s ear?
Swimmer’s ear (also known as otitis externa) is an infection of the outer ear canal. Symptoms of swimmer’s ear usually appear within a few days of swimming and include:

Swimmer’s ear is not the same as the common childhood middle ear infection. If you can wiggle the outer ear without pain or discomfort, then the ear condition is probably not swimmer’s ear.

To learn more about ear infections in children, click here. 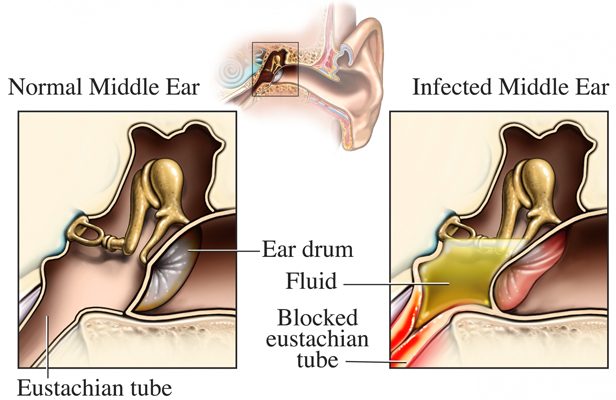 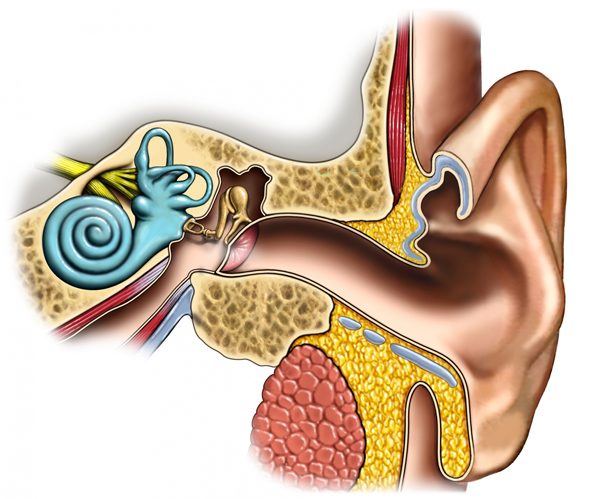 Anatomy of the Ear