Reducing the risk of heavy metals exposure in children

Reducing the risk of heavy metals exposure in children

A recent congressional report found dangerous levels of arsenic and other heavy metals in baby food, raising concerns and questions from parents.

The U.S. House of Representative’s Economic and Consumer Policy Committee on Oversight and Reform requested internal documents and test results from seven of the largest U.S. manufacturers of baby food, including both makers of organic and conventional products. Only four companies responded: Nurture, Beech-Nut, Hain and Gerber.

According to the report, “The internal company documents and test results show commercial baby foods are tainted with significant levels of toxic heavy metals, including arsenic, lead, cadmium, and mercury.”

Inorganic arsenic, lead, cadmium and mercury are toxic heavy metals. All four are natural components in the Earth’s crust. They are released into the environment as pollution and get into the water and soil used to grow food. The Food and Drug Administration and the World Health Organization have declared them dangerous to human health, particularly to babies and children.

“I think it’s important for parents not to panic based on this new information about food safety,” says Dr. Pilar Bradshaw. “It’s better to look at it as ‘What can I do to help my baby be healthier?’”

Reducing the risk of exposure

The American Academy of Pediatrics (AAP) says heavy metals found in baby foods are likely a relatively small part of the overall heavy metal exposure risk to children. However, because exposure can be harmful to a developing brain, there are things parents can do to reduce their baby’s risk.

The AAP advises switching up the grains you feed your child.

“Try to avoid foods that we know contain more heavy metals, such as rice, which has arsenic in it because arsenic is in the water where the rice grows,” says Dr. Bradshaw.

Instead of rice cereal, try iron-fortified infant cereals made from oats, barley and multi-grains. Brown rice tends to have the highest arsenic levels, while white basmati and sushi rice tends to have lower levels. When making rice from scratch, rinse it first, then cook it in extra water and drain off the excess when done.

“Parents may be wondering, ‘Should I have my baby tested for heavy metals in their body?’ A pediatrician’s answer is going to be ‘no,’” says Dr. Bradshaw. “We don’t routinely recommend that unless there’s a really bonafide exposure. Lead exposure is something that pediatricians screen for at times, and we can test for serum lead levels. Again, overall, we don’t want you to panic based on this recent information about baby foods. Just make some really smart choices about how you feed your baby.”

If you have questions or concerns about heavy metals exposure in your child, talk with your pediatrician. 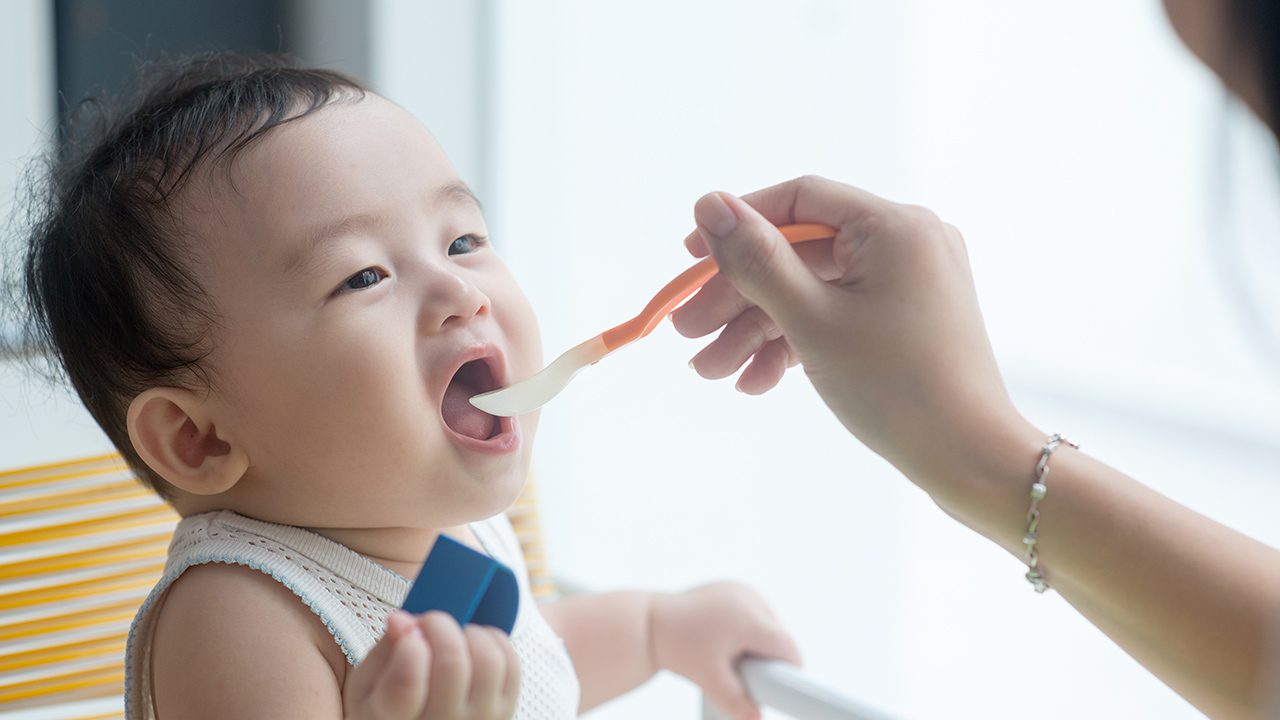 Breast milk or formula is the only food your newborn needs, but around 6 months old, most babies are ready to begin eating solid food to complement breastfeeding or formula-feeding.
Read More >>

How to soothe a fussy baby

It’s not uncommon for babies to cry for long periods of time. Sometimes, the reason for the crying is obvious, other times it’s simply because they are having difficulty adapting from the womb to their new environment. And sometimes, crying is due to a medical issue. Dr. Pilar Bradshaw offers advice for parents of crying infants.
Read More >>