Talk with your teen about the dangers of drinking

Talk with your teen about the dangers of drinking

When it comes to underage drinking, the statistics are sobering and the consequences can be tragic. Last year in the U.S., 4,300 teens lost their lives in drunk driving crashes.

“Alcohol is the No. 1 drug that teenagers use in the United States. Most kids don’t even think of it as a drug. To them, it’s just drinking,” said Dr. Pilar Bradshaw.

Start the conversation
With the new school year beginning, your providers at Eugene Pediatric Associates encourage you to have ongoing and intentional conversations with your kids about the dangers of underage drinking. Parents are major influencers of teens who decide not drink alcohol before the age of 21.

“You need to have this conversation when your kids are in elementary and middle school, because by the time a kid is 15, 1 in 3 has had alcohol, and by the time you get to senior year, two-thirds to three-quarters of kids have had alcohol, not just sips,” said Dr. Bradshaw.

Need help talking with your kids about the dangers of alcohol? Click here.

“Drinking with your kid, to show them how to be a safe drinker, is absolutely not a good idea,” said Dr. Bradshaw.

She says numerous studies show that teens who drink while under the supervision of adults often drink more alcohol and more frequently when not supervised.

Recently, a disturbing trend has emerged online in which young people are bragging about drunk driving and even posting about deadly crashes via social media.

To show your support for MADD’s efforts, click here. 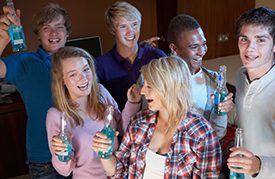 Parents: The key to teen safety and alcohol

Graduation and party season is upon us, so consider the following facts about teens and alcohol.
Read More >> 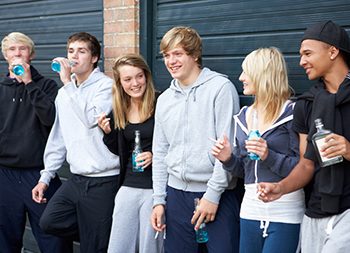 5,000 people under age 21 die each year in the United States from alcohol-related car crashes, homicides, suicides, alcohol poisoning and other injuries such as falls, burns and drowning.
Read More >>