As a pediatrician and a mom, I am deeply concerned and frustrated by a growing threat to our children. I’m talking about sexting—sending nude or sexual photos via text. It is up to us, as parents, to be proactive and do everything we can to prevent and stop it.

We live in a society that is sending mixed messages that normalize and even glamorize this kind of behavior. A prime example would be Cosmopolitan magazine, which recently published a tutorial on how to send the “perfect sext.” Yes, folks—that was a real article, on display in the magazine rack at the supermarket where we shop with our kids.

Parents, here are some facts not to be ignored:

Donna Hughes, President and CEO of Enough is Enough said it perfectly when she wrote, “Cosmo’s article encourages self-pornification and paints a picture in the minds of young men and women that it is exciting and acceptable to degrade themselves—that their worth and value are tied to their sexuality, and that it is okay to lower the expectations they hold for themselves and each other. That it is okay for them to allow others to strip away their dignity by sending sexts.”

Start the conversation
So, with sexting being a real and growing threat to our children’s lives, what’s a parent to do? First, talk with your child about the issue. Don’t bury your head in the sand and assume your child would never do such a thing. As much as we’d like to think our kids know better, the truth is, they often don’t. Furthermore, they don’t anticipate the consequences of their actions.

Sexting has ruined not only reputations, but has destroyed lives. There are numerous reports of teens who have committed suicide after being humiliated by a sext that went public, such as the heartbreaking story of 15-year-old Reid Adler. Our children’s wellbeing is at stake, and for that reason, our message to our kids needs to be frequent and clear.

Commonsense Media offers these tips for talking to your teen or tween about sexting:

Additional resources
If you are uncomfortable talking to your child about this issue, check out Common Sense Education’s Sexting Handbook, which will empower you to have this important conversation.

Your pediatricians at Eugene Pediatric Associates could not agree more that sexting, along with all other forms of social media abuse, must be stopped. We urge parents to model appropriate use of mobile devices, check your child’s phone regularly, and we strongly advise limiting the time your kids spend on their tech devices, as well as the tasks for which they are used.

If you have questions or concerns regarding this issue, please don’t hesitate to speak with us.

If talking about sex and sexually transmitted infections with your teen makes you nervous, you aren’t alone. It can be hard to know where to start, but it’s important to make sure your teen knows how to stay safe.
Read More >> 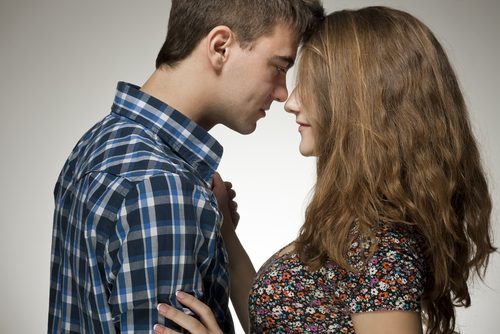 Sex, contraception and our kids

As much as we’d love to roll back the clock to prevent our children from becoming adults, the teenage years arrive along with the responsibility of choosing sex or abstinence.
Read More >>