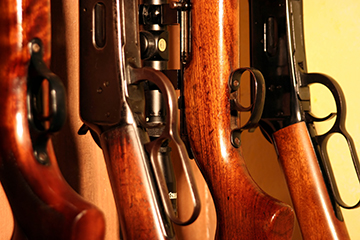 The right to bear arms is part of the Constitution of our nation. The number of privately owned guns in the United States is estimated at 300 million, and continues to rise each year at a rate of about 10 million. In Lane County, three out of four homes possess at least one gun.

Most guns are not used to shoot people but, nonetheless, gunshot injuries rank second only to motor vehicle accidents as a cause of death for American teens. Between 2001 and 2010, nearly 30,000 children ages 0 to 19 years died; another 155,000 needed emergency medical care for gunshot injury. Some of these tragedies are intentional violence, while others are accidental gunshot wounds.

Those are the latest statistics published by local authorities, the National Rifle Association and the American Academy of Pediatrics (AAP). I mention them because I find guns to be a challenging topic to discuss during wellness exams. Emotions on this subject are often polarized and veer too quickly to party politics, when the real conversation in my mind is how to keep kids safe while letting adults do what they wish.

My job as a pediatrician is to be here to alert parents to important health and safety concerns, to publicize the standpoint of the AAP, to share my own tips when relevant, and then encourage families to make their own decisions. It is not my aim to make tempers flare or antagonize families — this does not result in a family returning and continuing a dialogue with me over the years as their children grow.

An article was just published in the November Journal of Pediatrics that highlights the potential tragedy of mixing kids with guns. My goal, not to be construed as political in any way, is that we keep kids safe. If you have guns, the AAP says:

I’m a granddaughter of Pennsylvania dairy and soybean farmers; I grew up in a home with guns. I never saw them. Not once. I support my father’s desire to have the guns he grew up with on his farm. I am very grateful he was always so careful to keep the topic of guns (and the guns themselves) away from my kids.

The majority of homes in Lane County have at least one gun. Every year in the U.S., more than 17,000 children and teens are shot and nearly 3,000 children die in murders, assaults, suicides, unintentional shootings and police interventions involving guns.
Read More >>