The majority of homes in Lane County have at least one gun. Every year in the U.S., more than 17,000 children and teens are shot and nearly 3,000 children die in murders, assaults, suicides, unintentional shootings and police interventions involving guns. Nearly 4.6 million children live in a home with loaded and unsecured guns. To decrease the risk of danger due to firearms: 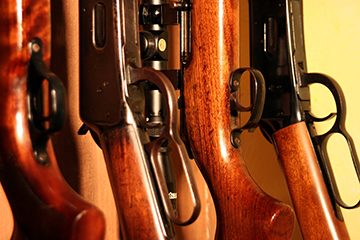 The right to bear arms is part of the Constitution of our nation. The number of privately owned guns in the United States is estimated at 300 million, and continues to rise each year at a rate of about 10 million. In Lane County, three out of four homes possess at least one gun.
Read More >>