All kids stretch the truth from time to time. But what should a parent or caregiver do when a child is caught in an outright lie?

“I recommend, as a pediatrician and a parent, that if you start noticing that your child is telling little white lies or big lies that you sit down with them and have a conversation about that and set the expectation, ‘Hey, listen, as your parent, I’m always going to tell you the truth, and in our house, we always tell each other the truth.’”

Why do kids lie?
There are generally three main reasons kids lie:

Lying to avoid negative consequences is the type of lying that is often most concerning to parents. However, it’s also an indicator that the child is developing a sense for right and wrong. Parents who overreact to lying and become extremely negative may make the problem worse. It’s important not to label your child “a liar” because it will likely foster feelings of inadequacy and distrust.

What should parents do?
So how do you handle a child who’s lying to cover up their actions? Dr. Bradshaw suggests these tips:

If you do catch your child in a lie, remain calm.

“Many kids are fearful that when they are caught lying, they are going to be physically punished or verbally confronted, and I really encourage parents not to overreact,” Dr. Bradshaw says.

“Your words and your actions have a much larger impact on your kids than you can even know. So, if you get into a situation where your child is telling you things that aren’t true, sit and talk with them calmly. If you are not able to be calm, leave it for 20 or 30 minutes until you’ve calmed yourself down enough that you can sit down and have a rational conversation,” she says.

Remember, kids learn by watching their parents, so be a role model by practicing honesty if you expect the same behavior from your child.

If your child is compulsively lying—telling falsehoods out of habit, sometimes for no reason at all—especially as they are getting older, Dr. Bradshaw encourages parents to talk with their child’s doctor or school counselor and have a real discussion about what may be a bigger problem. 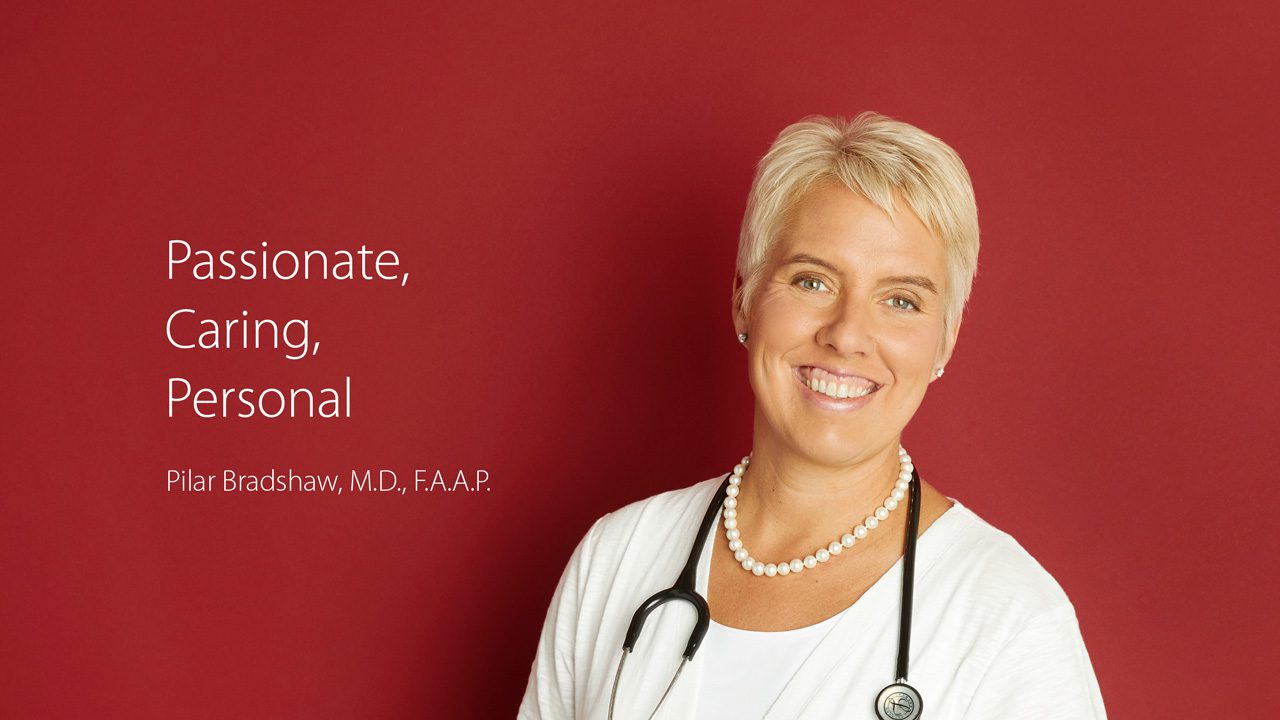 Passionate, caring and personal, Dr. Pilar Bradshaw believes in family and the ability of parents to embrace the joys and challenges of raising children. Named as 1 of 7 “Favorite Pediatricians” by Parents magazine, she is sensitive and straightforward, treating every child the way she would want her own son or daughter treated, and telling every mother and father what she would want to be told as a parent.
Read More >>

Three years: Jumps with both feet off the floor.
Read More >>